Towards creating a balanced personality: brief reflections on the role of Prophet Muhammad)

( Note: the following is an article that is based on reflections shared in our Friday Khutbah 8/23/19. Both that khutbah and this article  should be viewed as a follow up on our Khutbah entitled " The Islamic Formula for Happiness: A Quranic perspective", which can be found part 1 as well as Part 2 . We recommend, in the interest of viewing the whole context, that  the above referenced Khutbah be viewed.)

" Indeed, you have in the Messenger of Allah, a goodly model, for any who has hope in Allah, the final day, and who recall Allah abundantly." ( Q 33:21)

While the above quotation is often viewed superficially(ft.1), this Quranic verse tells us to look at the Prophet as an example of real success. He functions as an example for those who have hope in the future, hope in God's designs and plan.

While the Qur'an does tell us ( Q 9:129) that the core characteristics of the Prophet was that of kindness and compassion, there is another side that is present.

Another characteristic of the Prophet

"Muhammad is the Messenger of Allah, and those with him display strength(ashidda) with those who reject, yet display mercy with each other. You see them, in rukoo' (bowing), in sajdah (prostration), seeking bounty from Allah and His pleasure, in their faces ( i.e. the core of their being) are the traces of that submission ( min atharis sujood)" ( Q 48:29).

The idea of passivity, of surrendering to tyranny (of whatever form) in the name of "surrender to God's will" exists within every religious community in some form or another, but what we learn from the Prophet Muhammad is that he had to face those who sought to destroy him, his followers and his community, and he faced those challenges by being proactive.


Both texts (33:21 and 48:29) have connecting to God in common. In Soorah 9:128-129 we see not only that the Prophet was kindly and compassionate, we  read therein a formula that he was to recite, to seek out God's presence and protection.

When a personality is both spiritual and displaying strength, it can breed jealousy, opposition as well as slander. Worldly motivations are projected unto the Prophet, as well as the creation of stories of atrocities.

This happens to Prophets as well as Non Prophets. Good people, who want to see good within themselves and their societies, become targets by those opponents with jealousy within their hearts, or by those who themselves derive some power or benefit from an evil status quo.  It can be disheartening to those trying to do good.

When feeling like this, the Qur'an says to look to the Prophet Muhammad, upon whom be peace.  The Qur'an says, in essence, to the modern reader, "Look at what the Prophet was able to accomplish."

Arabian society had so much serious baggage in those days, well known social and religious ills, and the Prophet was largely successful in removing those bad elements, turning rough people into brave, yet contemplative, personalities, such as 'Umar b.Al-Khattab. His followers became people who looked inward, who worked hard on themselves. They did so by following the Prophet's example, by prayers, contemplation upon Allah (ft.3), discipline, and cultivation of the self.

Thus, the Prophet Muhammad is a model of success, not simply in the religious realm, but in the worldly life as well. The teaching that he conveyed-from Allah-has within it things which we could all use to create happiness and security in life. It is true that not all that he conveyed ("allowed" is perhaps a better term) is always to our pleasing, being as we all come with our own personal and cultural baggage, nonetheless those options are there.

More importantly, the personality of the Prophet is that of a balanced human being. He can be strong when fighting is necessary, but he can likewise be calm, kind and compassionate at those other times when strive is not present.

There are exaggerations and outright slanders against him. These things are brought up as attempts to indicate that the Prophet was a vicious and petty criminal. If such accusations were valid, Islam would have never went anywhere! It would have died out or become of marginal affect.


Yet, the contrast is the reality. Islam is here to stay. It is here to benefit all humanity. It is not here to be imposed by force, but it functions as a blessing. 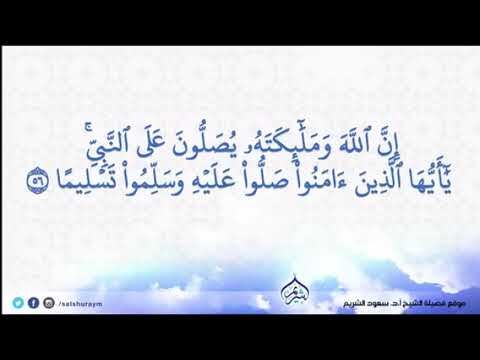 (2) Other assertions made by Christian critics assert that the Prophet's married life was governed by sensual concerns, whereas Jesus was a higher moral code due to being celibate. These type of accusations have been addressed elsewhere by this writer See Here .

(3) The Hadeeth literature is full of examples of individuals coming to the Prophet, seeking out advice on making themselves better. There are even accounts of a self-accusatory nature, wherein people would even embarrass themselves in public by sharing their shortcomings, yet the Prophet would generally find ways to make them feel better about themselves. One example is found in both Al-Bukhari and Muslim, summarized thusly: A man wanted to confess to an indiscretion, the Prophet kept pretending not to hear him. After prayers, the man repeated the confession, the Prophet asked him if he had just prayed with him, the man replies in the affirmative. The Prophet replies that God had already forgiven him (i.e. the questioner).