Note: Below is an edited version of our Friday Khutbah 6/21/19 at Masjid Ibrahim, Las Vegas, Nevada. The opening Hamd ( expressions of praise for Allah) as well as expressions of peace for the Prophets have been omitted here for space reasons.


Amana Ar Rasool- more than a statement of creed

The Qur'an contains a summary of that which the Prophet teaches. It reads "The Messenger ( Muhammad) believes in what has been sent forth to him from his Lord, as does those who have faith. All of them believe in Allah, HIS angels, HIS Scriptures, HIS messengers.." ( Q 2:286)

While we do view this as a summary of belief, this verse also contains an acknowledgement that Allah is involved in the affairs of humanity. Beginning with belief in God, it then says "HIS angels".


"Angels" (Malaa-ikah) are given power by Allah to act in the affairs of man. Indeed, the meaning of "being given power" is present in both Arabic and Hebrew. They act according to the Divine Order ( Q 66:6).

Allah Almighty sent forth scriptures- HIS scriptures- texts that help man to function with Taqwaa and morals. Allah backs this up process further by sending forth of messengers- HIS messengers (Rusulihi).

These items ( angels, scriptures, messengers) point to the fact that Allah is present, involved. His hand reaches, pushes and points to that which He wills.

How does this relate to current events?

It is a reasonable question to ask the purpose behind this seemingly theoretical  talk in light of the things which are haunting the Muslim Ummah and the wider world in general, such as concerns over President Trump, Iran, Syria, Egypt, China, Mali, and other such places.

In fact, we are not talking about these places and events, but we are also talking about YOUR OWN personal struggles, your own quest for happiness, success and security. We 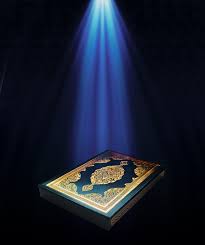 are likewise talking about your own moments of joy and pain.


The global issues are very important examples of why Imaan (faith) is vital. We keep in mind that the Qur'an repeatedly instructs to exercise Taqwaa to the best of our capacity ( Q 64:16 among other places), which means that while we work according to wise planning, intelligence and ability to address those things, as we do address our own issues in our own lives, we keep in mind that Allah's hand is still present.

"Do you not know that to Allah belongs the dominion of the Heavens and the Earth, and that other than Him you have none to give you protection, nor any to give you victory." ( Q 2:107)


Prophet Muhammad: The Exemplar of faith

The religion of Islam has not only a Scripture, it also has a Prophet who exemplifies that scripture. The Qur'an says "Indeed, in the Messenger of God you have a goodly model, for any who has hope in Allah, the final day, and who contemplate upon Allah in abundance" ( Q 33:21)

All the Prophets certainly have the above-mentioned characteristics, however Muhammad is emphasized because he not only faced opposition and persecution (which obviously Prophets in general would face, peace be upon them all) but he likewise faced the same normal struggles of life that are experienced by other human beings, such as domestic life, financial worries and such. This is why Allah commands his Prophet "Say: ( O Muhammad!) I am a human similar to yourselves." (Q 18:110). Thus he functions as a practical and relatable example.

Keep faith in the overall plan of God. for it is HE who created you and created all. Be grateful for what Allah has given you, observe HIS blessings in your own life and in the lives of those around you.

Make plans, both political and personal, have good intentions, be intelligent and act according to the overall Maslaha (public health), but still keep faith in the One who is above all.