[ Note: The following are some reflections on texts from the fifteenth Soorah of the Qur'an. We have examined the first ten verses, available at http://shamsuddinwaheed.blogspot.com/2017/07/study-notes-brief-thoughts-on-quranic.html. The English translation has not been given, unless otherwise stated, allowing the reader to look up the translation of their choice.] 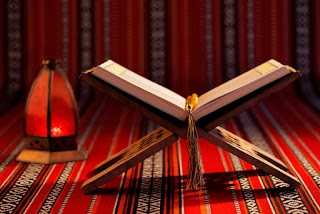 As stated in our previous article, just as God's message has been ever consistent, the response of the leadership of rejection [A-immah al Kufr] has, likewise, been consistent. Ever demanding of what amounts to little more than magic tricks, diminishing the real import of the Divine imperative.

If one were to read other places within the Qur'an or even the Christian Bible ( Matthew 16:1, Luke 11:16], this basic pattern is the same.

Notice here in verse 12 that the "hearts of the criminals" is said to have been corrupted, so that they cannot and will not change. This assertion has been given repeatedly in the Qur'an [see 2: 7-17 for a clear series of examples]. It is important to remember that "Mujrimeen" [Criminals] and Kaafireen [Rejectors] are terms referring to the same reality. In other words, these are synonymous expressions, and are referring to the A-immah al Kufr. They reject the signs of Allah with all sorts of excuses.

إِلاَّ مَنِ اسْتَرَقَ السَّمْعَ فَأَتْبَعَهُ شِهَابٌ مُّبِينٌ
There are similar passages in the Qur'an. One example reads: " The Adorned Sky, adorned with heavenly bodies [Kawaakib]...rebellious devils  being unable to get a full hearing of Al Mala' Al A'laa ( high assembly), chased away by a burning flame." ( Q 37:6-10).

It is popularly imagined that these verses are referring to Shayateen being chased away from the gathering of angels in an heavenly assembly by a comet.

Looking at context, and after many years of pondering upon these set of Ayaat, this writer is of the view that the text is not talking about the sky, but rather, about the Qur'an itself!

In other words, criminally minded folks, be they with a "Muslim" name or a "Non Muslim" name, with wrong-headed interpretations of the Qur'an eventually gets discovered, and any success they have will be short lived.

It does not matter if those engaged in wrongful or deliberate misrepresentations are from the Khawaarij( ft.1) of old or their modern day manifestations in the form of ISIS, or if they are from the Right-wing bigots posting video commentary, they eventually become discovered and their misrepresentation will not hold long term traction.

It is interesting to note here that The Prophet Muhammad Sall Allahu 'alayhi wa sallam is reported to have said "My Ummah will not agree upon that which is misguidance". [Tirmidhee]

In other words, while elements of deviance and disagreement will always be in the Muslim community, as with any community, the core principles and teachings are all agreed upon. For Muslims, that agreement is manifested in things from the same prayer, same scripture, same pillars, and so forth.

If the vast majority are saying, for example, that the sex slavery reportedly practiced by ISIS is incorrect, and that terrorism is contrary to religious ethics, that should be an evidence that it is the vast majority got it right!

The Qur'an is from the one who has made the Earth, and provides for all. Allah's provision reaches all things. We invite a reader to go to a zoo, or to a community garden, and have the custodians explain the processes of farming and gardening, the reader will reach the conclusion that God provides for all.

Revelation is often connected to the natural world.

"The Merciful [God], Teacher of the Qur'an, He created humanity, He taught man articulate expression. The Sun and The Moon operate on a course predetermined." [Q 55:1-5]


"Read! In the name of your Lord who created, created man from a clot, Read, and your Lord is the Most Generous, Who teaches by means of the Pen, teaches man what he did not know." [Q 96:1-5]

The source of the Qur'an, as well as for provison of all, is God, The All-Knowing.

The Qur'an functions as a clarifier [See Q 27:76 for example] and does so particularly on issues relating to God concept [see Q 2:255, 24:35, and 112:1-4], contrasting to the views of some religions, which depict God in language suggesting 'resting' [Genesis 2:2] or that God is the knower of headlines, not small details [ such as in the Hindu sect Brahman Kumaris]

An obvious reference to the day of Judgement. It is important to note here that this is a fundamental Islamic teaching. If one denies that there will be a time in which one is held accountable before Allah, that person has a defective understanding of the faith.

The Nation of Islam [NOI] uses these verses, as well as some other texts [although they tend to use Biblical allusions more] to support a racist interpretation.

Their belief system includes a story that Whites were created by an evil Black Scientist named Yacub. In essence, according to them, Whites are actually Non Human!(Ft.2)

"And Indeed, We [Allah] have created humanity from Salsaal, from Hamaa-in Masnoon."

Salsaal: "Dried clay that emits a sound when struck". The Qur'an translator and commentator Muhammad Asad takes this to mean "an allusion to articulate speech..as well as the brittleness of his existence." [The Message of the Qur'an, 1980, Gibraltar]

Hamaa: "dark or black clay". This is found in Tafseer Al Jalalayn(ft.3]  as well as other Tafaseer.

Here, we have some matter-of-fact descriptions of human creation. Other verses highlight other items, such as blood and water.

These verses should not be read in a racial or racist way! Indeed, the Qur'an (Q 30:22) says that the different colors and languages exist by God's will, as evidence of his power and artistry, and Q 49:13, the most famous Quranic passage on issues involving race and tribe, says that his making people as different groupings allow for learning!

In other words, the interaction between the different human societies or sub-societies benefit all involved. Be it in food, music, clothing, any field.

It is also important to share the observation that those who seek racial division and advocate hatred based on color, language and the like, are people who have been influenced by devilish influences. It is the view and experience of this writer that such voices are power seeking, power hungry, irrational beings at their core, not in need of hatred, but of spiritual reformation.

Verse 27 tells us briefly about the creation of the Jinn, in contrast to that of humankind. It is imagined that Jinn are equal to Genies, made famous by legends and of course Disney movies. It is impossible to verify one way or the other most of those tales, so it is important to stick as much as possible to what is contained in the Qur'an and authentic Sunnah.

"Jinn" basically means "hidden". It is a life form or force whose reality we cannot fully grasp. It's nature is fiery, in contrast to the "pottery type" of nature humans have!

Iblees is made from the fire, he is a Jinn creature. He saw himself as superior to Adam, which is why he refuses to prostrate to Adam even though ordered by God to do so [15:30].

Iblees is not an angel, he was in angelic company, but he was a Jinn. Verse 29 tells us Allah breathed into Adam "My spirit", a referece to the breath of life.

Iblees-in a sense- is the first racist. The Quranic narrative is so strong, and here, looking at vv.26-27 before, it seems an even stronger evidence is being provided to show that those playing racial or nationalistic politics are actually playing from Satan's own playbook!

It is important not to fall into those traps. The Prophet said that among the signs of the nearing of Judgement day, one would find "Knowledge in low estimation, and an abundance of ignorance." (Yaqillul 'ilmu wa yaktharul Jahl].

The "Ignorance" spoken of in the Qur'an and Ahadeeth has many aspects. A good way to begin to understand what the texts speak of is to consider the age that preceded the Prophet's emergence on the Arabian peninsula. Idolatry and tribal wars, but also racism and tribalism [which Muslims call traditionally 'Asabiyyah].

The presence of the Prophet -upon whom be peace and blessings- as well as the Quranic revelation-did much to remove those diseases from the hearts of the Arabians of that time. "Muslims" should not have those issues anymore, but unfortunately we do!

Racism of all types exists, and is manifested in varying ways. Sometimes it is those proclaiming to be victims of racism that are, in fact, the biggest promoters of it!

If such folks claim an allegience to Islam, it is important for them to look inward rather than always playing the victim card. It is important to have one's faith and confidence in Allah and in Allah's words, above the calls of others. Islam is a faith that requires not only outward submission, but internal conformity to the Divine Imperatives! 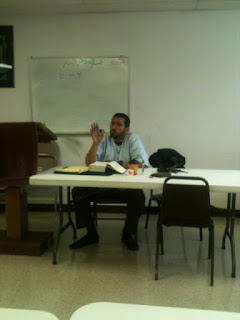 [1] The Kharijies were an early extremist trend which emerged in Southern Iraq, roughly the same location ISIS as a movement came from. They were famous for their views that they alone possessed religious truth, and launched a bloody campaign for power. One of their members even killed the Prophet's own cousin, 'Ali ibn Abi Taalib, while the latter was praying in a Kufa, Iraq  Mosque [661 CE].

[2] It is possible that Elijah Muhammad [who records the Yacub account in his Message to the Blackman] meant for the account to be a dramatized social commentary, nonetheless, it has become a doctrinal teaching that still finds expression in today's NOI led by Minister Louis Farrakhan.

While it seems to this writer that Farrakhan has tried to distance himself from that rhetoric of the past, nonetheless commentaries on it still appears from time to time, composed by such persons as the late Tynetta Muhammad and Jabril Muhammad,  in his weekly publication, The Final Call.

[3] Tafseer Al Jalalayn is a brief classical commentary, by two scholars carrying the same first name {Jalaluddin Al Mahalli in 1459 and his student Jalaluddin As Suyooti, his student, completing it is 1505}. The edition we have consulted is 2007, Damasus, Darul Kalam At-Teeb.

We Offer Loan At A Very Low Rate Of 3%. If Interested, Kindly Contact Us Now.email us now reply to email (urgentloan22@gmail.com)

Are you looking for a business loan, personal loans, mortgages, car
loans, student loans, debt consolidation loans, unsecured loans, risk
capital, etc. ... You are in the right place
Your loan solutions! I am a private lender who lends
Individuals and businesses at a low interest rate and affordable
Interest rate of 3%. Contact us by email: powerfinance7@gmail.com


Do you need any kind of loan if yes my contract Mr Anthony who help me with a loan just few week's back , i just need to share this round the world to let people know that there are still good heated people in the world today . I really lost money to scammers online all because i was desperate for a loan . Until i saw a comment about him , contacting him his not a mistake but a dreams come through for me . Now I'm a happy man with my family . Contact him if you need any loan at : challotloan@gmail.com