Exploring our age in light of Islamic texts: Friday Khutbah

[Note: The following is an edited version of Khutbah delivered 4/7/17 at Toledo Masjid Al-Islam. The opening Hamd has been omitted, as well as other comments made. It should also be noted here that this Khutbah serves as an introduction to an upcoming lecture called 'Day of Judgement: Lessons from the Qur'an and Sunnah".]

We have indicators in the Islamic primary texts as to the indicators of the approach of Judgement Day. One of the Prophetic narrations [reported by Aby Hurayrah and found in Tirmidhee's collection] has it that those indicators include (1) The man will obey his wife  [literally 'his woman'] و اطاع الرجل امراته

2] Disregard his mother. (3) Closest to his friend (4) Yet the most distant from his father [Aqsaa Abaahu]. (5) And [the trend of the ] emergence of loud talking in the mosques [places of worship] (Ft.1)

We are emphasising these five items as found in the hadeeth because they show the breakdown of the natural family structure, a situation we are seeing in today's world in the name of the follies of youth and "freedom".

We should learn from this hadeeth that we have to strengthen our family ties, even if the famiy is Non Muslim or Non Practicing as Muslims! If Parents have made severe mistakes in their treatment of their children, then it becomes incumbent on them to find a way to repair the damage!

The last item mentioned in the narration tells us that loud voices would be heard or emenating from the mosques. THIS shows us that the places of worship have, in the age closest to Qiyaamah, become little more than social clubs, in which people have forgotten the solemn nature of the mosque. The Mosque [Masjid], the house of Allah, particularly the prayer area (musalla) is for prayer, reflection, study, reading the Qur'an, not for gossip!

I find it interesting that the Prophet صلى الله عليه وسلم placed these five items together. In short, we are called upon to strengthen, to have proper ties, to Allah and to our families [see Qur'an 4:1]. Such ties are necessary if we are to survive and to be sane in the age which is seemigly close to Judgement day.

Prophet Muhammad is misrepresented in the age near to Judgement Day

THIS informs us that the Muslims will be the victims of great decievers, coming at us with deliberate misrepresentations of the final Prophet.

The Lying Dajjals [Dajjaloon Kadhdhaboon] cannot do that with the Qur'an, because the Qur'an has been protected by God [ see Q 15:9]. This is not only from a faith-based perspective, but from a physical and historical realistic perspective. Since the decievers cannot do that with the Quranic text, which is accessible and very well known, they target hadeeth, which is not as  widely known (ft.2).

This has happened both literally and figuratively. People quote 'hadeeth' or make assertions that portray Prophet Muhammad as stern, fanatical, harsh and rigid. The Prophet ends up being extremly misrepresented.

Our best weapon against the lying decievers is the Qur'an itself. The evidence for this is that we have atleast two narrations [Muslim and Abu Dawud] that speak of texts from Soorah Al Kahf [chapter 18 of the Qur'an] as protection from Dajjal(ft.3). We read in that Soorah that God deserves praise for not allowing any deviation to be placed within the Quranic scripture [Q 18:1]. So we have to make time to read it, to study it, to memorize it, use its text in our prayers but most importantly to live by it. The Qur'an is not a book for the dead, rather it is a book for the living! 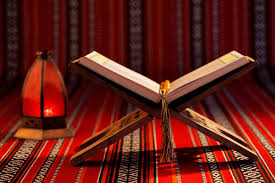 The hearts of those firmly grounded in the Book of Allah will not have signifigant influence from the deceptions of the decievers [Dajjaloon].

Constant introspection, examining our family ties and our ties with God and with God's revelation is the only way to go in order to find guidance. Complacency will only become the doorway for misguidance. We want to be open to truth. So be regular in worship, in supplication [du'aa] and keep in mind the Prophet's supplication; " O Allah, show us truth as truth, and give us the ability to follow it. Show us Baatil as Baatil, and give us the ability to abstain therefrom."

We should also pray from protection from the 'fitnah' of the deceiver. It does not matter if 'Fitnah' is translated as 'trial' or 'test' or 'tribulation'. We don't want any of it!

Rather, we are to desire guidance for ourselves and our families, not to be deluded.

(1) In Arabic the word for Mosque [Masjid] literally means "place of prostration". It is on a pattern indicating the a noun of place and time ( Ism Zamaan wa Makaan]. We have explained 'masjid' here to include even a broader possibility, and that is that all places of worship, regardless of religious affiliation, in the age nearest to Judgement day, would become nothing more than social clubs in which authentic searching for spirituality would be absent. This writer has in mind Qur'an 22:40 which contains recognition [even though the Qur'an obviously refutes some religious ideas] that places such as monasteries, Churches and Synagogues function as places wherein the congregants are seeking out God.

(2) The evidence for this assertion is that the Qur'an has been widely memorized and acted upon even by lay Muslims throughout history. The science of hadeeth ['Ilm ul hadeeth] is very complex and is full of scholarly disagreements on criterion for judging the authenticity of this or that narration, not to mention the chain of transmission [Sanad]. So while most Muslims have the Qur'an, only the scholarly class have in their personal libraries the many volumes of hadeeth. With the emergence of the internet, all of the traditions have been recorded by many websites and made available, however that does not mean it would be as understood and seen correctly as the Qur'an has. It is the opinion of this author that the scholarly class spend their time in deep research into the sciences of hadeeth, that lay Muslims have in their own libraries and in their hearts Prophetic sayings as found in books such as Riyadhus Saaliheen or Forty Hadeeth, statements that are inspirational and push us towards goodly relations with God and neighbor etc, and that the Qur'an remains the primary source for  religious truths.

(3) I see these narrations as indicative of not necessarily the last ten or the first ten verses of Soorah Al-Kahf as serving as protection from Dajjal. but rather the entire Soorah itself. In the Soorah, we find a number of accounts and morals that provide-if internalized, a proper respect for Allah, faith in Allah, the true state of humanity, and much more. The stories of Moses and the teacher [known as Khidhr], the believers who escape persecution by going to the cave, the parable of the believer and the disbeliever, are among the highlights of the Soorah. In general, the overall message of the Qur'an itself provides both personal and communal protection from the forces of deception. This subject cannot be fully explained adequately in a footnote, nonetheless we hope this provides a desire to study and consider the Qur'an itself, with emphasis on Soorah Al Kahf.


Posted by Shamsuddin Waheed at 11:18 AM

We Offer Loan At A Very Low Rate Of 3%. If Interested, Kindly Contact Us Now.email us now reply to email (urgentloan22@gmail.com)

My name is.Mrs.Juliet Quin. I live in Canada and i am a happy woman today? and i told my self that any lender that rescue my family from our poor situation, i will refer any person that is looking for loan to him, he gave me happiness to me and my family, i was in need of a loan of $ 73,000.00 to start my life all over as i am a single mother with 3 kids I met this honest and GOD fearing man loan lender that help me with a loan of $ 73,000.00 Canada Dollar, he is a GOD fearing man, if you are in need of loan and you will pay back the loan please contact him tell him that is Mrs.Juliet Quin that refer you to him. Contact Dr Purva Pius via email: reply to email {urgentloan22@gmail.com}